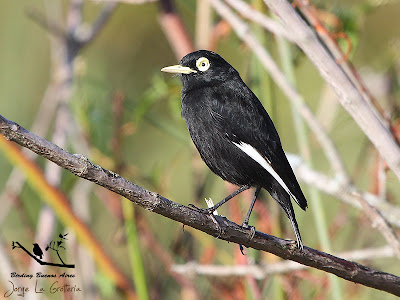 There are three main places for birdwatching in the area of B.A. city: Costanera Sur, Ribera Norte and Vicente López Ecologic Reserves. The three of them have different characteristics, with different sizes and bird fauna. There is a fourth place which will be soon declared a natural reserve, and it will be called Costanera Norte Ecologic Reserve. All of them are very accessible from downtown taking a cab or public transportation (both bus and train) and the entry is free. This, in adition to the very high diversity of birds, makes them wonderful oportunities for birding in the area. 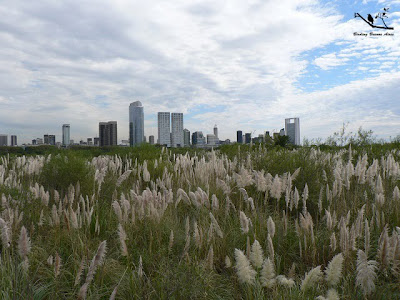 A view of the city from Costanera Sur - Photo: Marcelo Gavensky

This is one of the best world’s urban reserves, and an incredible example of how nature can recover itself from the destructive actions of mankind. The place where the reserve is now located, was gained to the river (La Plata river) for a building mega-project that was ment to extend the area of Costanera Sur, at the end of the 70'. Then the project was suspended, and it all started: nature began taking the new substrate for itself, plants and trees began growing in the levees, and birds began using the lagoons and plants of the new place. After a hard struggle between ecologysts and the building corporation, in 1986 the area obtained legal protection as a natural reserve.

On recente years, the lagoons (the most representative environment of Costanera Sur) started to get dry and now (November, 2011) they are totally dry. The level of water in the lagoons depends very much on the amount of rains during the years, and usually, after a period of raining days, the lagoons get filled again. 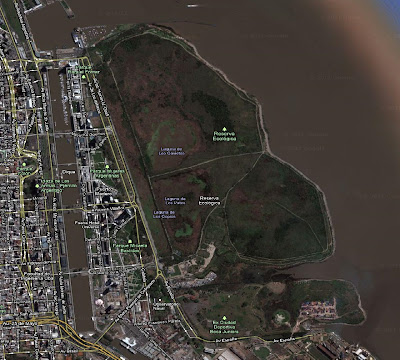 Marsh vegetation is abundant where the lagoons were located, and in the sides of the levees grows a more diverse flora, with trees and others.

Regarding birdwatching, Costanera Sur is amazing. On its aproximately 350 hectares, more than 300 species of birds were seen (although many of them were occasional). When the lagoons are filled, there are many species of aquatic birds, with dozens of ducks, mallards, swans, coots and gallinules. Also, from spring to autumn it's posible to watch some of the aquatic migrants that stop here to rest and feed: plovers, sandpipers, yellowlegs and phalaropes.

In the increasingly abundant vegetation there are a lot of interesting species of passerines and non passerines to watch. In different seasons there are different species: the most diverse season is the summer (including spring time and the begining of autumn) because of the migrants that come here to look for they food and, some of them, to breed. In winter they go back to the North, but there are other migrants that come from the South of Argentina (Patagonia) to spend the coldest months here, in a more temperate weather (comparing with the South). 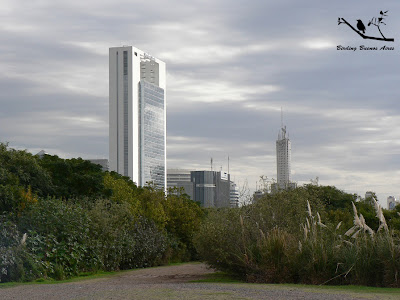 In other words, a visit to Costanera Sur is always recommended, no matter the season. The amount of species possible to be watched in one day (or half day) depends on the weather, the level of water in the lagoons and, of course, the ability of the watcher and its familiarity with the species of the area and their voices. It's hard to go to Costanera and watch less than 40 species, and if the lagoons have water there should be around 15 or 20 species more (aquatics). Personally, this last few months with very little or no water in the area (excluding the river), the list of species identified in half day (3 to 4 hours) or full day tours (4 to 8 hours) often goes from 50 to 75. These numbers are just to give you an idea of the huge diversity of birds and the easiness to watch them. Numbers are also relative to the watcher, and it is likely to watch many more (or sometimes less) species. Some years ago, with the lagoons filled with water, it was posible to watch more than 100 species on a single day. 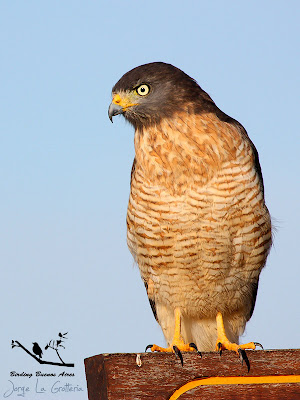 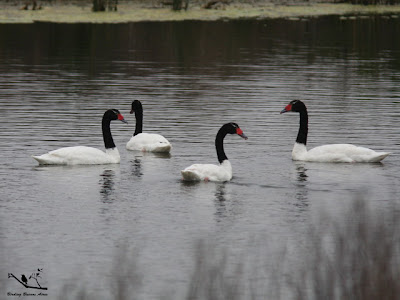 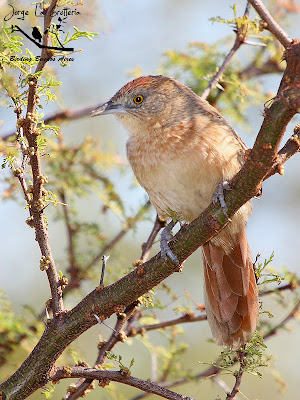 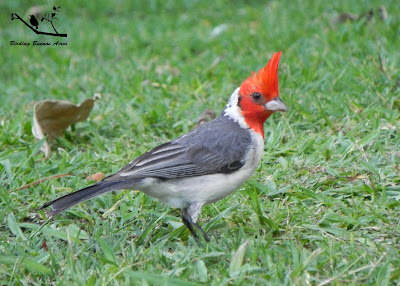 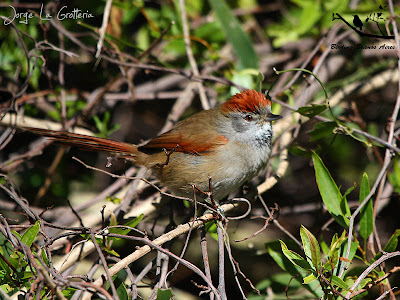 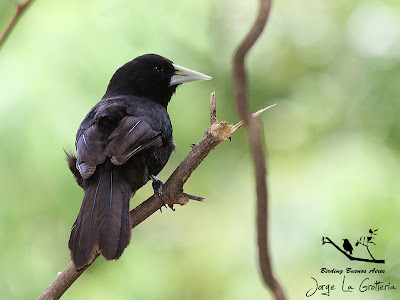 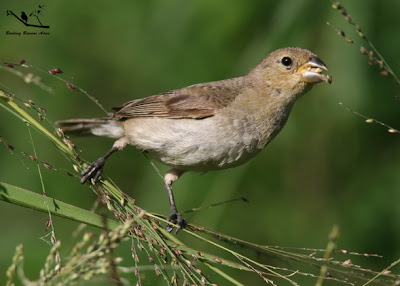 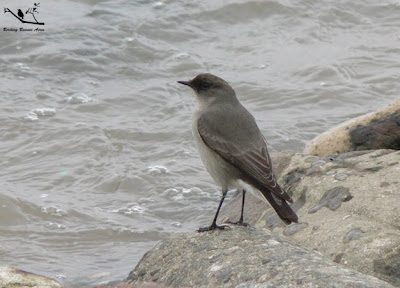 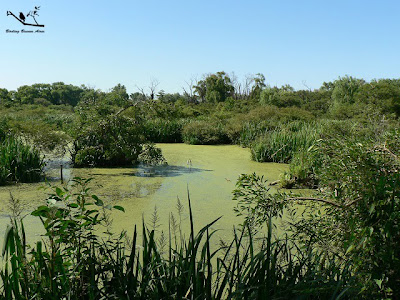 Ribera Norte Ecologic Reserve lays in the municipalty of San Isidro, in the North of Gran Buenos Aires area. Its features are different to Costanera Sur. It is much smaller but has a very high diversity of flora and fauna. It's located in a natural shore of La Plata river, with vegetation corresponding to the riverside forest and the marshes and lagoons ecosystems.

The lagoon of Ribera Norte has always water because it's conected to the river, and during the "sudestadas" (strong storms with wind comming from the South-East, very common during the winter) the level of the river goes higher, flooding part of the area. 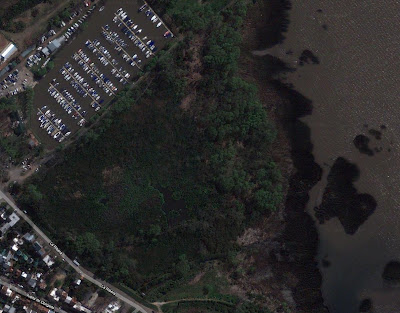 Vicente López Ecologic Reserve is the smallest of the three reserves named. As it's name suggests, it's located in the municipalty of Vicente López (between Buenos Aires city and San Isidro, in the North of Gran Buenos Aires). 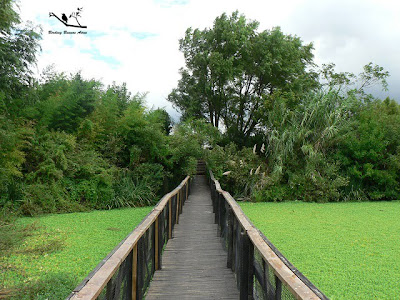 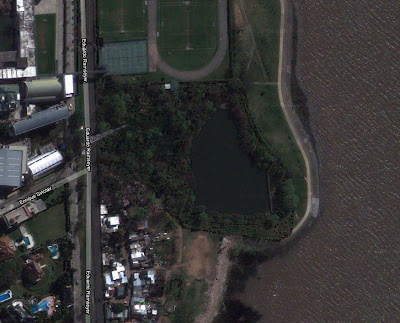 Something remarckable about this reserve is that it shows very well the native vegetation of La Plata river shore (riverside forest and lagoons), although it was all planted to restore the original ecosystems. Because of the small size of this place, the amount of species is not as large as in the other reserves, nevertheless it is a good place for birdwatching, since it shares many species with Rivera Norte and its lagoon always has water (this makes it a good spot for aquatic birds). 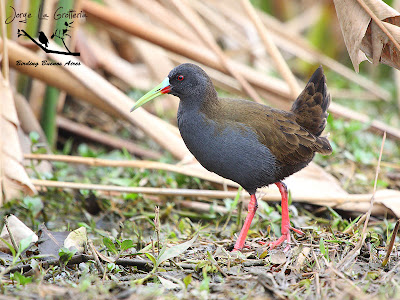 The list of species is shorter than the one of Costanera Sur, but extremely rich considering the small size of the area, with some specialties that are much more common here than in the other reserves. 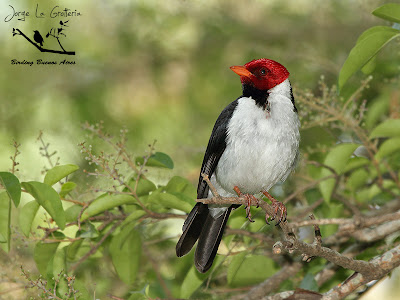 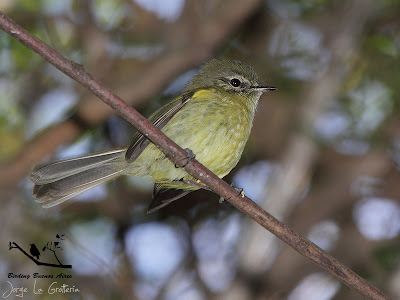 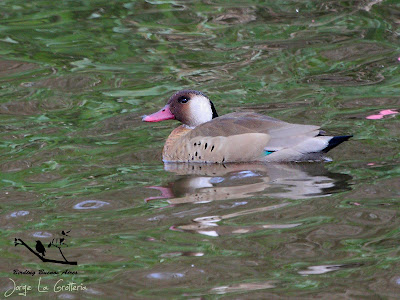 Visitor species: during the summer there are some migrants common in the riverside forest, such as the Bran-colored Flycatcher (Myiophobus fasciatus), Small-billed Elaenia (Elaenia parvirostris), and the Red-eye Vireo (Vireo olivaceus). In winter there is a very interesting visitor: the White-throated Hummingbird (Leucochloris albicollis).

I suggest a visit to these two reserves (Vicente López and Ribera Norte) in one day, because they are close to each other and small enough to get to know them well in a few hours. 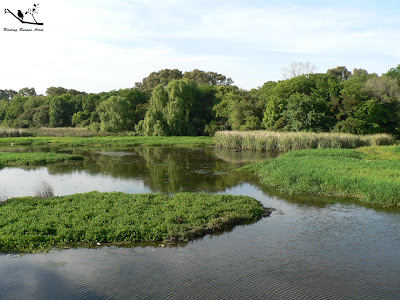 This place currently offers a good oportunity for watching aquatic birds in BA, since the lack of water in the other reserve of the city (Costanera Sur). It is also known by the name name "Ciudad Universitaria" because of the place where it's located (the main campus of the University of Buenos Aires). It's a very small place but in a few hours it is possible to see more than 50 species, including some scarce aquatic birds and others (raptors and passerines).

So far it's still a non fully protected area, but there is a project to daclare it ecologic reserve, a title that diserves very much. 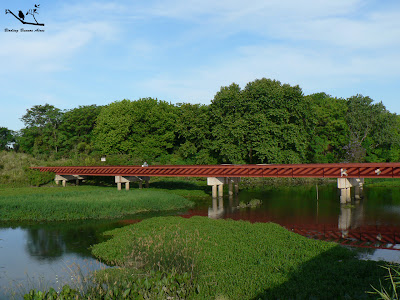 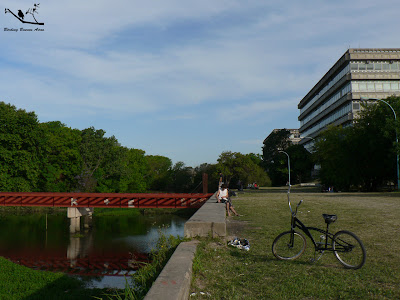 As I suggested before, aquatic birds are the main specialties of this small place. It's a good place for herons, with the White-necked Heron (Ardea cocoi) and the Rufescent Tiger-heron (Tigrisoma lineatum) as the most remarkable ones. Other aquatic species include Brazilian Duck (Amazonetta brasiliensis), Limpkin (Aramus guarauna), Wattled Jacana (Jacana jacana), Common Gallinule (Gallinula chloropus), the Ringed Kingfisher (Ceryle torquata) and some passerines such as the Wren-like Rushbird (Phleocryptes melanops) and the Warbling Doradito (Pseudocolopteryx flaviventris).

Non aquatic birds include some interesting raptors, such as the Harris's Hawk (Parabuteo unicinctus), a breeding resident in the area. 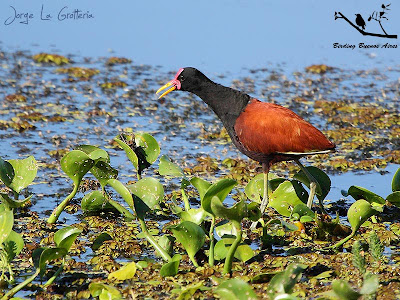 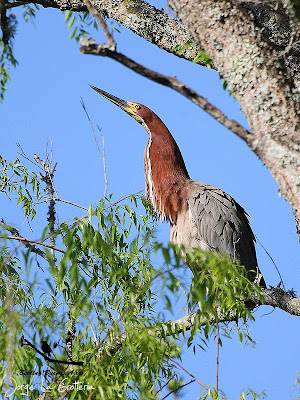 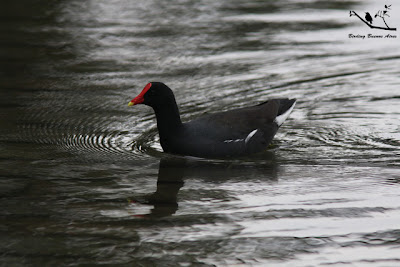